We hear a lot about homeworking these days, but who exactly are these homeworkers and what does working from home really look like? Last June the Office for National Statistics released a comprehensive report on characteristics of homeworkers in the UK, and we’ve also undertaken some original analyses of their data in our recent report, Tomorrow’s Home: Emerging Social Trends and their Impact on the Built Environment. 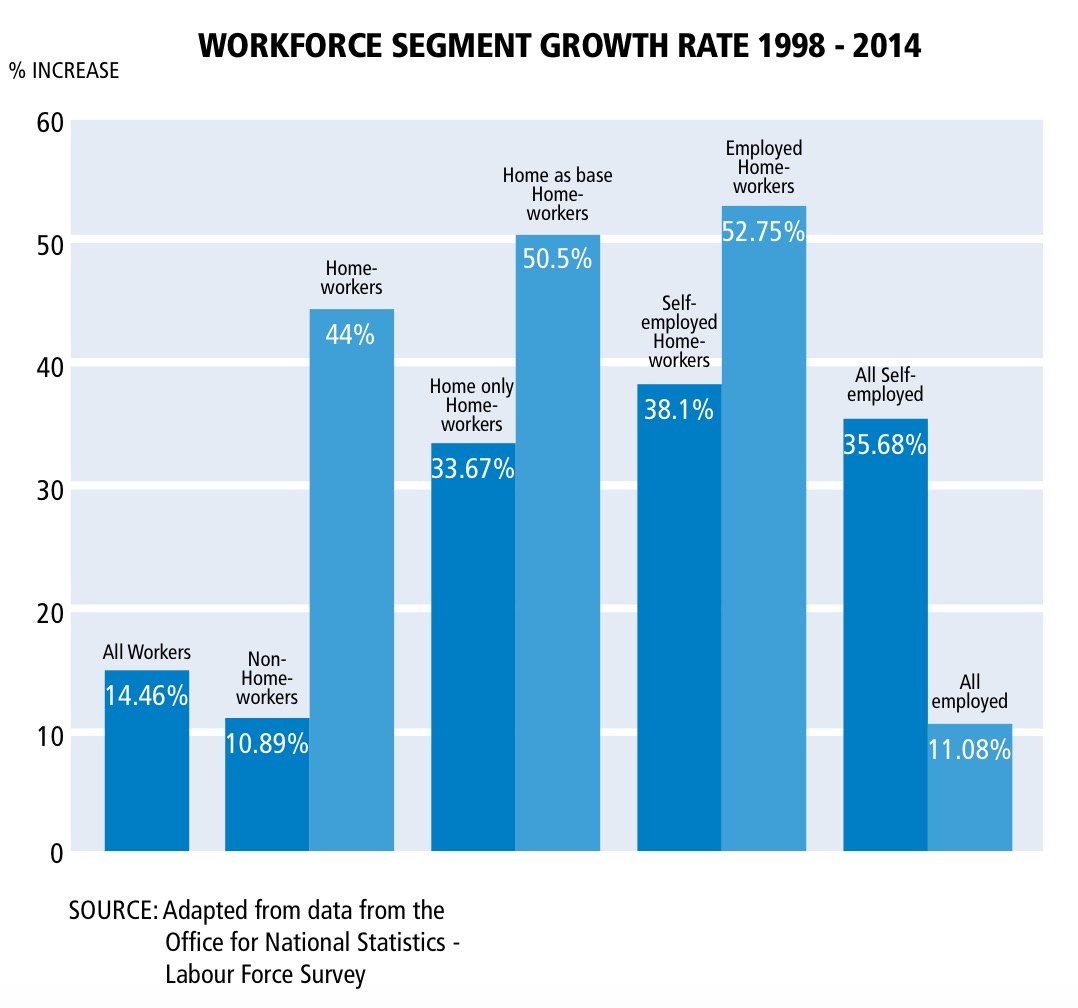 While overall employment decreased as a result of the 2008-2009 recession, this reduction was mainly in full-time work, while part-time work and self-employment have increased. Combined with the rise of co-working spaces and social enterprise, the model of going to work for one employer in one office every day is clearly on the decline.

The number of homeworkers has grown rapidly from 2.9 million in 1998 to 4.2 million in 2014. While still accounting for a relatively small proportion of the general workforce (13.9%), they are
multiplying much faster than traditional commuting employees. The homeworking population grew by 44% between 1998 and 2014 while the commuting population grew by less than 11%.

Although only 4.8% of employees are categorised as homeworkers today, their numbers have increased by 52.7% over the past 16 years—faster than self-employed homeworkers or any other comparable group. If we expand our definition of homeworking to include those working part-time from home even if not based there, the growth of this trend is likely to be even greater. As of 2010, 15.3% of workers spent at least one day a week working (or starting a day of non-office-based work) from their home. 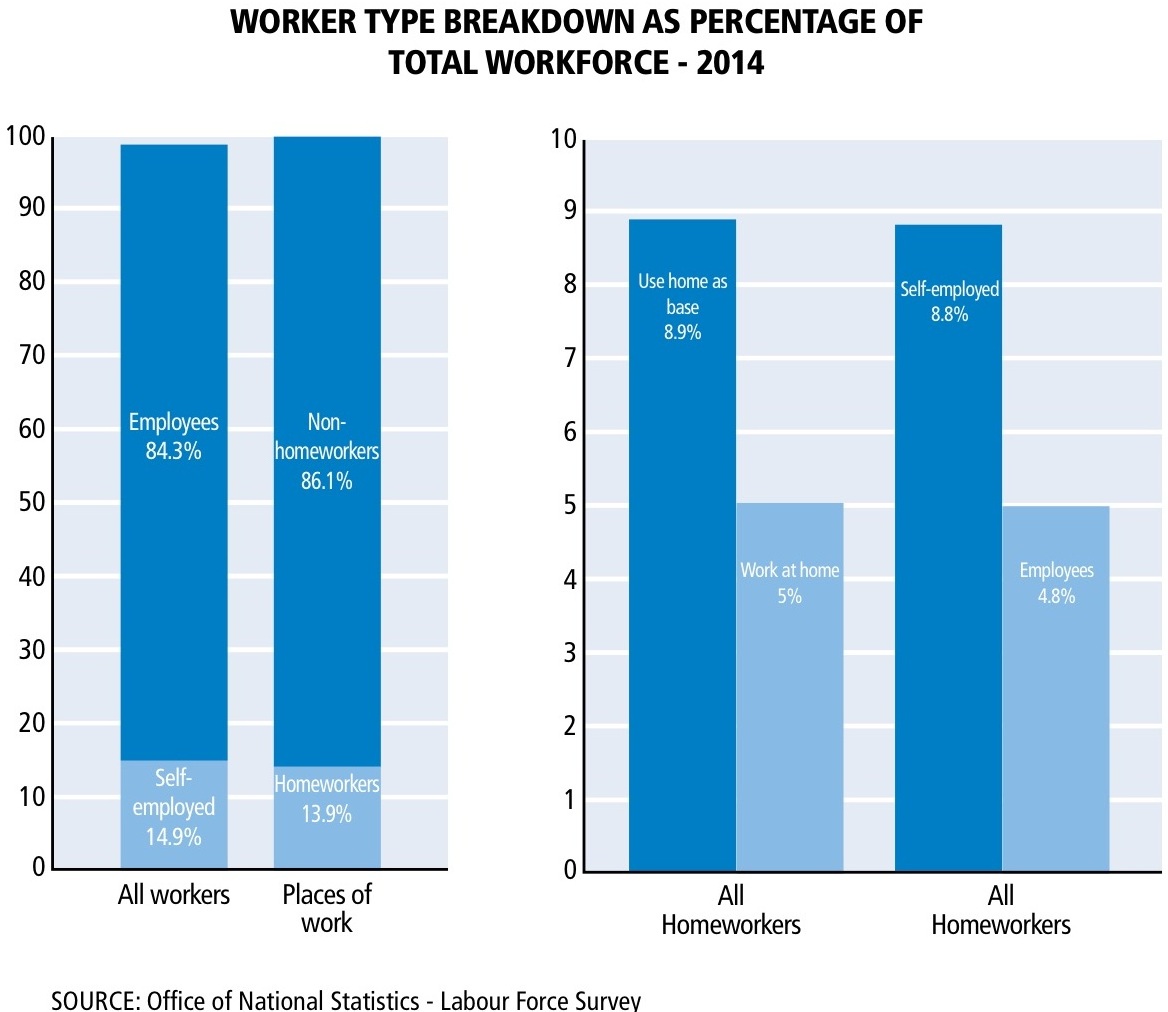 Secondly, ONS looks at whether people work entirely in the grounds of their home (home-only) or use their home as a base for work in a variety of locations (home-as-base). Many people think of homeworkers as people who work from home full-time, but only five percent of all workers are home-only home-workers. Almost 9% of workers are home-as-basers and this group is also
growing more swiftly at rate of 50.5% (compared to only 33.6% for home-onlys).

What these statistics tell us is that homeworkers are more likely to work to work in a variety of places ranging from visiting clients and head offices, to co-working spaces, cafes, and on the move itself. These workers—both employees and self-employed—are the fastest growing, which is why it is so important to design workspaces and housing in response to these trends.

Check out the Tomorrow’s Home report summary for more on how these trends will shape the future built environment, and check back soon for Who Are The Homeworkers part II.

The charts featured in this post are from Tomorrow’s Home and the graphic is from ‘Characteristics of Homeworkers, 2014’: Office for National Statistics licensed under the Open Government Licence v.3.0